Nostalgia: Music That Tells a Story 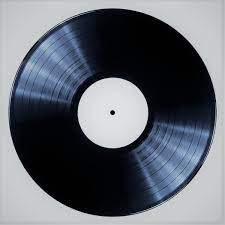 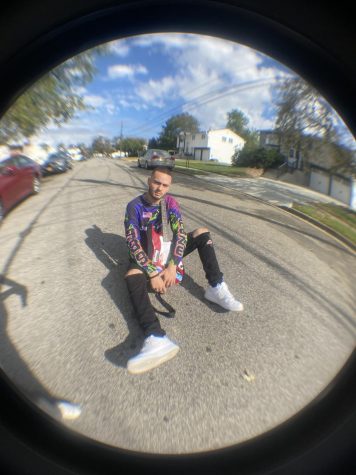 In early May, young music artist YOUNG N3$$ (Elliot Herrero) released his album Nostalgia.  Nostalgia consists of 21 tracks, adding up to over an hour’s worth of music.  YOUNG N3$$, a 19 year old with a passion for music, pushed himself to complete an album that was slow starting, but abruptly came to completion.  Nonetheless, he put his whole heart into it, the tracks giving the listener a good, hard look at YOUNG N3$$, his experiences, feelings, values, and world perspective.  It only seems appropriate to analyze the album as a whole alongside the man behind it all.

1. Where is My Mind? (4:20) Evidently, the song is about losing yourself. It’s almost portraying a self of fatigue. The chorus is consistent, very catchy which makes it easy to sing along to. The autotune is quite heavy, but most of the time, it suits the beat. There is a moment where he cuts off an extended note in somewhat of an awkward way. As a whole, though, the song is a pleasant listen and can be relatable.

2. Changes (ft. VMASK & LUXX) (4:00) One of the best songs of the track. The beat easily gets your head bobbing. Again, the chorus is super catchy, an upbeat song that can give people energy. The core of the song, I’ve noticed, is piano with heavy bass. In all honesty, a brilliant combination. Piano is emotional, but bass is powerful. He uses this a lot and it syncs well with the idea of nostalgic experiences. The collaboration was implemented well, the trio works well together. Since the song is so upbeat, I do think it’s one of the songs people would quickly learn the lyrics too.

3. Our Past (3:15) The chorus is very brief, about 4 lines. Although it’s easy to learn, the verses are much better. Since the chorus isn’t long, the verses make the song feel more full. There would be more lyrics to learn, which might make it more difficult. In a way it’s good that there is less chorus but at the same time, it can make the song seem like it takes too long.

4. Tommy Lee (ft. Doherty) (3:16) The lyrics stay true to the theme of the song which is important when the song is directed at something/someone in particular. At the end of certain lines, it sounded bare, meaning like it was too raw.

5. Nightmar3 (3:13) Starred Lyric: “Man my ship, yeah you can say that I am the captain/Yeah, but I ain’t hidin’ behind any captions” The way his voice gets deeper as he repeats “Nightmare” is a good touch, emphasizes the depth and intensity of a nightmare, in this case his nightmare (life). It’s an emotional song, so it’d be relatable to those enduring hardships or emotional times. He expressed that he made the song so anyone can relate and apply the song to what their personal “nightmare” is. Note: I could hear his inhales when I listened closely.

6. Karma (2:44) This is more of a heartfelt song in the sense that it’s about being heartbroken and used. It’s a short song, so it’s a straight to the point kind of song. String instruments are used in the background which I think suits the concept of a heartbreak song.

7. When U Used To (4:59) This song has the right vibe for the concept. It’s another relatable song. The song is lyrically one of the better, and definitely longer, songs of the album. In the song, he mentions that the beat changes, I think that adds more character to the song. Although, the auto tune that was at the end of the song did sound out of place.

8. Made It Now (3:27) He’s making progress and he’s expressing how he feels like this is only the beginning. It’s a great way for him to display that he’s chasing after his dream and believes in himself. I like that he dedicated a song to it instead of putting it in another song as an add in. On another note, the bass is disproportionate to the song, it’s too heavy.

9. Give Thanks (2:30) There’s a high pitch feminine voice “singing” some of the lyrics, it’s a great touch, in my opinion. It mixes well with the beat and despite the description, it’s not unpleasant to listen to. It’s another one of the really short songs. It shows his more romantic side, it’s about him giving to, spoiling a woman he loves and/or cares for. It shows a softer side of him.

10. Patience (2:55) Starred Lyric: “Depression is more like an obsession.” It’s a fast paced song, for sure, but it’s almost as though it’s supposed to represent him running out of patience. He mentions ADHD and PTSD which is coincidental considering it came out in May, Mental Health Awareness month. Note: The way sober winds up makes it sound like the beat is going to drop or it’ll hit a little harder rather than just continue like nothing happened.

11. Leave Me Now (2:49) It includes piano (and bass, again a great pair) and is slow paced which makes the song a more intimate feeling. It’s not the most appropriate song since they take a sexual turn (just warning). The lyrics suggest that he’s all about this girl, that he craves her, in a way. A lot of girls want someone to feel that way about them so it is appealing in that sense and it could appeal to guys that feel the same.

12. BAD BOYZ (3:22) Rapping about criminal behavior or, in other terms, thug behavior is a little typical. It can be a balance since other songs in the album show a different side of it. I could argue that it’s common so it’s its own genre. However, it has been done before many times. On the other hand, the chorus rhyming words link really well.

13. Lonely (Prod. LUXX) (2:48) This is another song that he dedicates to his dreams and his passions. It’s another look into the power behind these songs. This song is about “fake” people, people that use him because of his popularity or skill. It’s one of the sad songs of the album.

14. Hold My Hand (ft. Kami.Gee) (2:18) The guitar gives the song a rock genre characteristic. Rock type guitar and rapping might sound strange but it’s definitely not unheard of or an odd combination to make. This song is another really short one. The chorus is short but intense and blunt, which reflects the guitar well.

15. Therapeutic Love (Love Therapy) (4:24) The melody is romantic, very feely-touchy, which is good for this song. Harp sounding chimes and bassy strings are a common pair for deep songs, that just means the song is consistent. Using someone’s love to cope happens all of the time so it’s another relatable one. Note: It sounds better when he shops off the end of a line rather than dragging and singing it.

16. Absent (2:57) Starred Lyric: “They see me as a clown and as a fool/I’m never gonna survive high school.” The guitar in this song is fun and with the lyrics it translates what it feels like to be young in this society. Knowing the artist himself, you realize that some people do feel this way about him. It definitely communicates that people that are young and like him don’t always have people that believe in them. It also ends nicely.

17. UPSIDE DOWN (2:50) Starred Lyric: “I(‘ve) been goin’ through some trials/But I’d do anything to see myself smile.” That’s a good line. I’m glad that he used the word “trials” instead of “changes” (because of Track 2- Changes) or “struggles”. Those two are the go-to words in this phrase. He rhymed “trial” with “smile” which is ironic in a way but it works. This is another great song in the album. It does have too much autotune but aside from that, it’s enjoyable. The beat is mellow and low but it also picks up so it can be listened to in order to satisfy multiple moods. Although it’s not a completely appropriate song.

18. Do you remeber? (2:29) Starred Lyric: “Do you remember all the little things/I don’t think you remember anything.” This lyric almost answers itself. It’s due to this that you can sense his aggravation and disappointment. I’m unclear on if the misspelling was on purpose or not. It could be a representation of forgetting or it could be spelled that way as in the way he pronounces it. Note: The song repeats twice.

19. Lonely Road (ft. CNT MO) (4:30) Starred Lyric: “I been goin’ crazy, I been goin’ ape ****/I’ve been locked inside the basement.” Ft. Artist Starred Lyric: “I just wanna know the reason some-a y’all can’t stand me/I can’t trust the compliments that you hand me.” This track has another example of piano and bass, wise choice. There are some pretty good lyrics in this song. CNT MO was definitely a good pick for this song.

20. Wonder (2:54) Starred Lyric: “I sit here and think about the **** that I did/As an idiot kid/ I was tryin’ to just fit in.” Lyrically, this song is a pleasant listen. Everyone has those moments when they reflect on their mistakes and flaws. It was smart to add a song like this and a bold move since a rapper/singer is showing his vulnerable side.

21. Long Day, Longer Night (4:48) Listening to the song, you can hear in his voice that he’s tired so these occurrences are obviously repetitive in nature. I do wonder who the girl is that he’s referencing in the song.

Nostalgia As a Whole

The album includes a variety of topics including love, mental health, struggle, and determination. Although he throws in other core melodies to diversify the album, Herrero typically goes with piano and bass which is actually a good thing in terms of him and his music. It consists of hip-hop, slow jams, and even a dash of rock (with the guitar in Track 14). The autotune can be off and sometimes his voice does sound strained. Overall, though, the album can apply to people’s tastes and YOUNG N3$$ (Elliot Herrero) is a determined, passionate musician. He does what he loves and tries to improve with every move he makes. This album was his most recent work, but I wish him the best in the rest of his career and hope that this review helps you the listener, and Elliot the creator, to better enjoy and be proud of his music.