The Amityville Echo • May 10, 2022 • https://amityvilleecho.com/2117/arts-entertainment/the-heart-part-v-kendricks-new-single/ 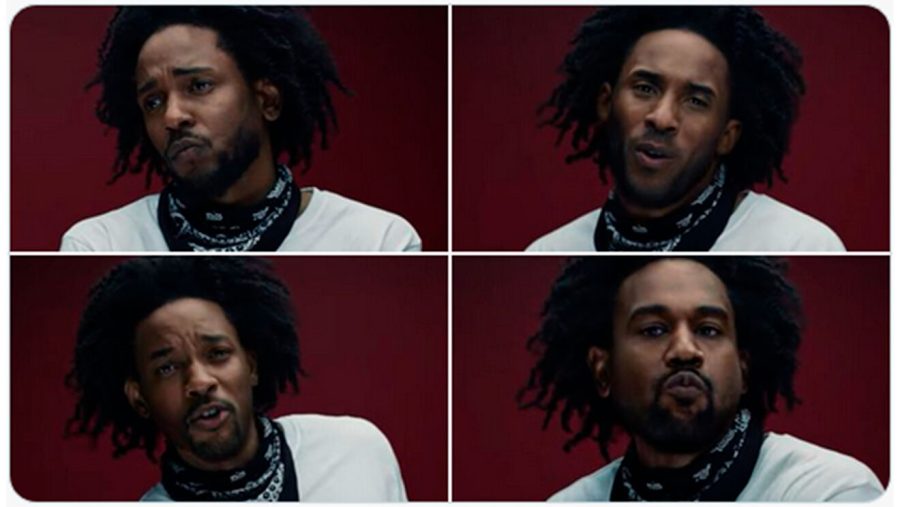 After nearly 5 years of musical silence, last month Compton rapper Kendrick Lamar has announced his presumed double album named  ‘‘Mr. Morale and the Big Steppers’’. This has excited all of his fans and many are preparing for the wave of music that will result due to his album dropping, as it has in previous years with the releases of ‘‘Damn’’ and ‘‘To Pimp a Butterfly’’, resulting in rappers usually releasing an output of generally better music that year thanks to Lamar’s influence (and not wanting to fall back behind his amazing wordplay and meaningful lyrics). Last night, he released his first major single for the album named ‘‘The Heart Part 5’’, which is a continuation of a series of singles named ‘‘The Heart’’ spanning from 2010. This series has spanned for so long to show Kendrick’s continuing evolution as not just a rapper, but as a human, as these songs display his obsessions, possessions, fears, aspirations, and emotions during these different times of his life and career.

The Heart Part 5 takes on a seemingly empathetic and meaningful view, which is strongly supported by the music video that comes with it (which I will get to later). Firstly, it samples one of the best Marvin Gaye songs (my personal favorite) ‘‘I Want You’’, which offers Marvin’s original sound but slightly altered by the live instruments that Kendrick often utlizes from studio musicians invited to compose his music (which was very audible in ‘‘To Pimp A Butterfly’’, which used all-live bass from the musician Thundercat). He rides off the track for the into, bridge, hook, and outro, and successfully raps over it whenever else. When listening, you have to replay it at least twice to understand half of the meanings in the things he is rapping about. It starts wtih a generally dark view on the injustices being done not just in America, but in the world (but this rap specifically metions the hood several times, so it is more centered within American politics). He is speaking of the victims of such culture that can be found within America’s hoods as a result of the neglect and purposeful placement of drugs (like the Crack Epidemic), leading to the violence and death of many, regular middle class citizens along with the gangsters and criminals who commit such offenses. Later on in the song, he starts honoring those who died as a result of the ‘‘culture’’ (which proves to be very important in the video) and turns the message around by stating how we are able to learn from such mistakes and hopefully try to clean up the culture that has been placed upon the historically oppressed African Americans by reflecting upon the regret of such actions and leading to a community and culture of hate and violence, and learning from such mistakes.

Now, the video offers the other side of the message that Kendrick is trying to display in this song. It’s a very simple video focusing on the face of Kendrick rapping. As the words change, so does his face. Literally. As he raps about changing the culture, he turns into O.J. Simpson, as he raps about being taken advantage of because of bipolar disorders, he turns into Kanye. He does such through an advanced face swap, which is similar to the newly released music video for ‘‘Life of the Party’’. It helps develop the message through the lyrics, as he starts saying ‘‘I’m in heaven’’, he turns into the late Nipsey Hussle. As he talks about hurt people hurting more people, he turns into Will Smith. It is a great addition to the meaning of the song and is most likely how it was meant to be heard, as the single for the song features the hands of all of these celebrities featured in the video through face swap. If his new album is anything like this new song was, it might be a successor to the verse he gave on the 2013 Big Sean song ‘‘Control’’, calling out all of his fellow rappers through friendly competition, shaking the rap world. Hopefully this new album accomplishes the same thing on May 13th.