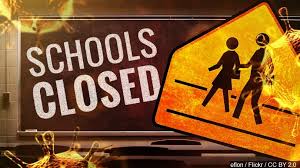 At this time many people are most concerned about the students in their lives. Kids have to now change their every day way of life because of COVID-19. High school students are used to spending most of their day at school before then going to work or even to pick up a little brother or sister. Now, many high school students feel like they are taking on the roll of a teacher and parent for their brother or sister or even cousin because of the school closures.

COVID-19 has been out for the past couple of months but just hit the U.S.  around two months ago. It has gotten substantially worse. Infection rates have grown considerably higher over the past month, and the numbers in NY are rising everyday.  At the moment there is no vaccine for this virus, so until we get one, people are just going to have to fight it off. Older people are the most in danger because many have weakened immune systems. For younger people it is still hard, but they have a better immune system to ward off the effects of the virus.

As of last month schools shut down just as a precaution, but that quickly turned into thinking about shutting schools down for the rest of the year. In other states, like Georgia, they have already officially shut down schools for good until next year. According to an article published in Time magazine,  NYC mayor Bill de Blasio was quoted as saying, “You’re not going to have a functioning health care system if the folks in the medical field, the doctors, the nurses, the techs, everyone has to stay home with their kids.” This just goes to show that no matter what you do, difficult choices are going to have to be made when it comes to school. According to CNN, ¨Florida has canceled all tests for the year, Kansas has decided to keep schools closed, Arizona plans to announce the suspension of makeup days and California said parents should be prepared for their state to be next.¨

With that being said kids have to now start homeschooling. This has had a major impact on kids of all ages. Teenagers now have to be a teacher for themselves and their little brothers and or sisters. There are kids all over who are struggling with this change. Not only that, but kids all learn differently, so there are some who do well with computer work, but others who do better with written work.

With all of these big changes in place, students have to now take on more responsibility than ever. Kids have many things going on in their day-to-day lives already. There are kids who go to school just to get away from home. Taking away their freedom could bring on more anxiety and depression. All of this being said, there are many changes that have gone on in the past couple of months that have gone on in NY that have hurt kids in more ways than we can even imagine.